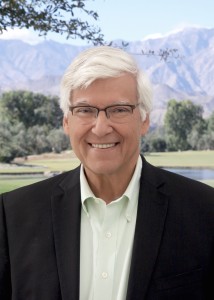 Throughout his career, Geoffrey Cowan has been an important force in many communication and public policy arenas – as a lawyer, academic administrator, government official, best-selling author, distinguished professor, non-profit executive and Emmy Award-winning producer.

His most recent book, Let the People Rule: Theodore Roosevelt and the Birth of the Presidential Primary (W.W. Norton & Co.), was released in January of 2016 and was hailed by critics as a story written with “great verve”. About Let the People Rule, The Wall Street Journal writes, “Mr. Cowan brings fresh depth and breadth to this sordid tale. Thus do we see, through his research and deft storytelling, how reform movements are often encased in self-interested cant.” And TIME Magazine review of LTPR claimed, “The start of the primary system is a complicated story that Cowan keeps lively…Cowan renders Theodore Roosevelt’s charisma palpable.”

In 2010, the trustees of The Annenberg Foundation Trust at Sunnylands appointed Cowan to serve as the first president of the Trust, a role he served in until July 2016. He carried on the Annenberg legacy by developing Sunnylands into a world-class venue for important retreats for top government officials and leaders in the fields of law, education, philanthropy, the arts, culture, science and medicine. Cowan and Sunnylands welcomed President Barack Obama on four separate occasions, including three historic summits with other world leaders: one with China’s President Xi Jinping in 2013, one with King Abdullah II of Jordan in 2014, and the last with the leaders of the Association of Southeast Asian Nations (ASEAN) in 2016. After the ASEAN summit, the leaders released the Sunnylands Declaration, which reaffirmed the key principles to guide cooperation going forward.

From 1996-2007, Cowan served as dean of the University of Southern California’s Annenberg School for Communication and Journalism. As Dean, Cowan launched and remains involved with major USC Annenberg centers and projects, including the USC Center on Public Diplomacy, The Norman Lear Center, Charles Annenberg Weingarten Program on Online Communities, Knight Digital Media Center and the USC Annenberg School Center for the Digital Future. He was a successful fundraiser and established the first endowed faculty chairs at the school.

Prior to becoming dean at USC Annenberg, Cowan was appointed by President Bill Clinton to serve the nation as the director of Voice of America, the international broadcasting service of the U.S. Information Agency. During his leadership, VOA increased the number of language services; started the first regularly scheduled international daily call-in talk show, Talk to America; and begun transmitting TV and radio shows through direct-broadcast satellite. He also served as associate director of the USIA and as director of the International Broadcasting Bureau, with responsibility for WORLDNET TV and Radio & TV Marti.

An award-winning author, Cowan’s other books include: See No Evil: The Backstage Battle Over Sex and Violence on Television (Simon & Schuster, 1980) and the best-selling The People v. Clarence Darrow: The Bribery Trial of America’s Greatest Lawyer (Random House, 1993). Kirkus Reviews calls See No Evil a “vivid personal account of network censorship struggles and television’s inherent inability to satisfy its diverse audience” and The Washington Post appraises The People v. Clarence Darrow as “eye-opening and icon-shattering”.

With the late Leroy Aarons, Cowan co-wrote the award-winning play, Top Secret: The Battle for the Pentagon Papers, which explores the delicate balance between the press, the public’s right to know and the government’s need to protect some vital national secrets. Called an “engaging,” “splendidly nuanced” and “crackling drama” by reviewers, Top Secret was originally produced in 1991 by L.A. Theatre Works as a radio play in front of a live audience for national broadcast on NPR, and presented off-Broadway by New York Theatre Workshop in the 2010 season. After the off-Broadway tour, The New Yorker published a review that said, “As much as this spare and stylish play by Geoffrey Cowan and Leroy Aarons is about the events surrounding the publication of the Pentagon Papers, it’s also about great journalists and their excitement over their work. That excitement is contagious, and almost every actor’s performance, under the direction of John Rubinstein, is humming with truth and the thrill of much needed revolution.”

From 1979-1984, Cowan was a member of the Board of Directors of the Corporation for Public Broadcasting, where he played a key role in the development of National Public Radio and the launch of its “Morning Edition” program. Then, when the City of Los Angeles sought to create an ethics code in 1989, Mayor Tom Bradley tapped Cowan to chair the Los Angeles commission. He set out to define a new era of propriety in state and local government, and for his work chairing the commission he was named “Man of the Year” in 1989 by the Council of Government Ethics Leaders. In 1992, he won an Emmy as executive producer of the television movie Mark Twain & Me, which was voted Outstanding Prime Time Program for Children by the Academy of Television Arts and Sciences.

Cowan serves on the board of the Harvard Kennedy School’s Shorenstein Center on Media, Politics, and Public Policy, the Berggruen Institute, Common Sense Media, Democracy 21, and the Susan Thompson Buffett Foundation. He is a member of the Council on Foreign Relations, the Pacific Council on International Policy, a Fellow of the American Academy of Arts and Sciences, and the Walter Lippmann Fellow of the Academy of Political and Social Science.

A graduate of Harvard College and Yale Law School, Cowan is married to Aileen Adams, former deputy mayor of Los Angeles and former California Secretary of State and Consumer Affairs. They have two children, Gabriel Cowan, a filmmaker based in Los Angeles, and Mandy Adams Wolf, a grade school teacher currently working at The Center for Early Education.